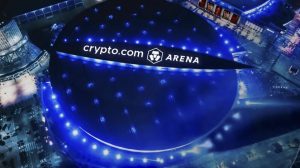 The Los Angeles venue that’s been called the Staples Center for the last decade has a new naming rights sponsor and will now be known as Crypto.com Arena.

Really rolls off the tongue, doesn’t it? I think some of these franchise owners ask themselves, “How can we get the broadcasters who announce our games to repeatedly say the dumbest sponsor names?”

When I was on the air, I always hated using those corporate titles. After all, no one paid me (or the radio stations that employed me) for the commercial mentions for their brands. I had no problem with Busch Stadium because the brewery owned the St. Louis Cardinals for more than four decades, was one of the biggest employers in town, and then paid to keep its name on the replacement ballpark when it was built.

But when the NFL’s Rams played here, I always called their stadium “The Dome” because neither TWA nor Edward Jones ever wrote me a check. I have no idea what the generic LA equivalent would be.

By the way, Crypto.com signed a 20-year deal for those naming rights. Wanna bet whether the company will last that long?