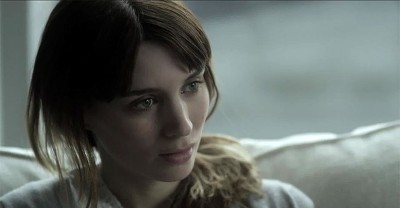 The newest entry on my Movies You Might Not Know list is “Side Effects,” a 2013 psychological thriller directed by Steven Soderbergh.

It stars Rooney Mara as a woman whose husband, Channing Tatum, has just been released from prison after a four-year sentence for inside trading. While he was away, she battled depression, and when he returns, she’s not in good shape. One day, she drives her car at full speed into the wall of a parking garage and ends up in the hospital, where psychiatrist Jude Law is assigned to find out why. It doesn’t take long before he prescribes one anti-depressant, then switches her to another, and after speaking with her previous therapist, Catherine Zeta-Jones, follows her recommendation to put Mara on something called Ablixa.

It’s the side effect of that drug that drives the rest of the plot, which I won’t spoil for you. Let’s just say that it takes a couple of turns that kept me on the edge of my seat. I’ve always admired Soderbergh’s technique, which is on full display, and he gets good performances out of every one of his actors, too.

I don’t know why “Side Effects” didn’t do better at the box office — I don’t even remember it playing at any theaters in my area — but I recommend it now that it’s streaming and on DVD.