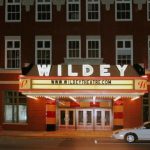 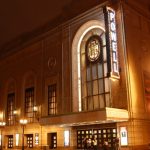 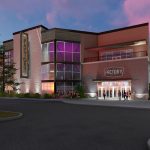 I have friends and family members whose fear of COVID is so strong, they can’t harbor the idea of being indoors with a bunch of people they don’t know. But I trust the vaccinations I received in April, so I’ve gone to movies, restaurants, theater, and similar places. I always wear a mask in those locations, unless I’m eating or drinking, and I try not to get too close to other humans — particularly those without masks, including staff. But, since I know I’ve done what’s right to protect myself and others, I refuse to give up the ability to continue enjoying my life whenever and wherever I like.

That’s why, over the course of five days last week, I did something I haven’t done in a very long time. I went to three different venues to take in live performances by entertainers I have enjoyed in the past.

The first was David Bromberg at one of the most intimate venues in the St. Louis area, The Wildey Theatre. He and his band seemed happy to be back on stage for their first tour since before the pandemic, although I sensed some rustiness in Bromberg’s guitar playing, which may have been because of the long layoff or because he just turned 76 years old. I was saddened to note there weren’t as many people in the seats as there were two years ago, the last time I saw Bromberg. That has to be because lots of people are still unsure about going out for live entertainment, which is too bad, because they missed a wonderful show, with Bromberg et al playing for 90 minutes without an opening act.

The second event was Jason Alexander performing a one-man show at Powell Symphony Hall as part of the St. Louis Speakers Series. He’d originally been scheduled there in the spring of 2020, but that was postponed once, twice, three times because of COVID. On Tuesday, he finally made it, but again, because there’s still lots of hesitancy for many audience members to attend in person, there was a livestream available for subscribers to view from home. I couldn’t watch that because I was at the Bromberg concert, but the livestream stayed online for a few more days, so Martha and I watched it Thursday night.

Alexander, who got his start in musical theatre (my first exposure to him was in the 1985 Off-Broadway musical, “Personals”), sang a few songs, but spent the bulk of the evening answering questions audience members could choose from a list of topics printed in the program. Those ranged from his passion for using martial arts in self-defense to getting cast as the sleazy lawyer in “Pretty Woman” to, of course, his role as George Costanza on “Seinfeld.” Alexander came off as anxious to please, and he succeeded, despite the normally sold-out Powell Hall being only half-full, partly because of COVID and partly because of the watch-from-home option.

The third performance was my favorite of the week. It marked the return of blues legend Buddy Guy to the stage for only his third show in two years. I’ve seen Buddy several times and always walked out with a big smile; Friday night was no exception. Even at 85 (!), the man knows how to hold a crowd in the palm of his hand, such as promising “I’ll play all night if you want me to!” At every show, that line engenders a huge cheer, but seems forgotten when he leaves the stage after a scorching 80-minute set consisting of 13 songs. Some of those were his own compositions (“Damn Right I’ve Got The Blues” and “Skin Deep”), mixed in with covers of classics by others (e.g. Cream’s “Strange Brew,” Slim Harpo’s “I’m A King Bee,” Willie Dixon’s “I Just Want To Make Love To You”). Along the way, Buddy showed off his guitar prowess (which, unlike David Bromberg’s, hasn’t lost a step), while leaving plenty of opportunities for solos from his incredible band.

Buddy’s concert was the first I’ve attended at a brand new facility in the St. Louis area called The Factory, which only opened a few weeks ago. It’s at one end of a long outdoor mall full of outlet and retails stores, which seemed an odd location at first. But having been inside, I can tell you it’s one of the nicest concert venues I’ve been to. If you’ve ever gone to The Pageant on the Delmar Loop, imagine a place 50% bigger, with lots of leg room and more comfortable seats. Plus, the place is so clean it still has that new venue smell.

Unlike The Wildey, The Factory requires attendees to show vaccine cards or negative COVID tests to enter, but the staff handled it quite efficiently, so it didn’t slow down the inflow very much. The other requirement — that everyone must be remain masked — went by the wayside pretty quickly because, once inside, nearly everyone was consuming a beverage, which is tough through a double-layer of cotton. Besides, there were barely any ushers to enforce the rules. Speaking of which, The Factory either needs more staff or better signs to indicate where each seating area is, because there were plenty of people (including me) walking around confused and stopping others to ask, “What section is this?”

All in all, I was glad to continue my forays back into the live entertainment environment with all of these guys. I look forward to more opportunities soon.