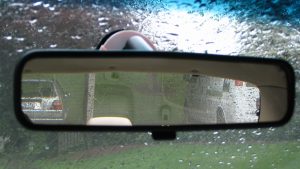 I must once again assume the role of Mr. Perspective, this time with a rear-view-mirror look at the many prognostications about the 2020 presidential election that never came to be.

Sure, we’ve had to endure a couple of weeks in which the Liar-In-Chief threw tantrum after tantrum and refused to concede (an irrelevant matter). But stop focusing on the acts of the outgoing Chief Executive, and instead consider these positives of the 2020 presidential election.

Remember all the footage of downtown businesses boarding up their windows in American cities because they were worried about violent protests over the election? Never happened. Which is why you’ll see a lot of plywood for sale on Black Friday.

There were no major backups with ballots being delivered by the Post Office that would have impacted the outcome, despite the efforts of Louis DeJoy.

There was not a plethora of eight-hour-long lines of Americans standing and waiting to vote on Election Day, probably because so many people did so by mail.

There were no major incidents of attempts to intimidate voters by armed Trump extremists at polling places.

There have been no attempts to overturn the valid election results by Republican state legislators refusing to certify that Biden won.

Plus, as a bonus, we got to see Rudy Giuliani’s clown show as the leader of a legal team with a losing record so bad it rivals the New York Jets. I’m not sure if the low point was the hair dye dripping down his face or the press conference at Four Seasons Total Landscaping, but you’ve gotta admit no one saw either of those coming.

Considering how it was predicted by many pundits to be a disaster waiting to happen — and despite efforts to influence it in that direction by the Worst President Ever — the reality turned out to be one of the safest elections in my lifetime. And, remarkably, it happened during a once-in-a-century pandemic.

Take some solace in that.