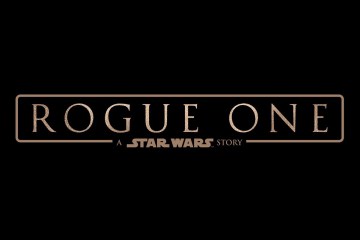 I can’t do a full review of any “Star Wars” movie because I feel about all of them the same way I feel about James Bond movies. They’re fine for what they are, but they don’t do anything special for me, regardless of the changing casts and story lines or the always-impressive special effects and stunt work.

So, I’m not going to explain the plot of “Rogue One” or delve into how it compares to the other “Star Wars” stories. Suffice it to say that, in the overall timeline of the rebels vs. the empire, this one comes just before the original movie (the one subtitled, “A New Hope”).

That being said, I’ll share a few random points:

It’s nice to see my “Mississippi Grind” co-star, Ben Mendelsohn, getting a big career boost by playing the villain, which he does very well. He’s part of a diverse cast that includes Felicity Jones, Diego Luna, Forest Whitaker, Wen Jiang, and Riz Ahmed (from HBO’s “The Night Of”) as rebels. Jimmy Smits shows up for a couple of scenes, though he’s given exactly nothing to do. And yes, James Earl Jones returns as the voice of You Know Who.

Have you ever been on vacation overseas and had trouble figuring out the light switches and power outlets and adapters? Ever borrowed someone else’s phone and not known intuitively how to use it because it’s different from yours? You’d never have that problem in a “Star Wars” movie. Whether you’re a rebel or an imperial soldier, you can always use the other guy’s tech, plug in, subvert the system, and do whatever you want to its electronics, spaceships, or anything else. And if you can’t, the device will always have a pleasant female computer voice explaining what you should do.

Just as kids have fallen for “Star Wars” androids like C3PO and R2D2 in the past, they’re going to want toys that look and act like K2SO, the mechanical sidekick in “Rogue One.” He’s much more entertaining than the rolling ball in “The Force Awakens.”

Bottom line: if you’re not into “Star Wars” movies, you probably won’t bother with “Rogue One,” and don’t have to. If you are, you’ll probably go and love it. If you’re really into them, you’ll probably go multiple times and dissect every mini-reference to something else in the Lucas Universe.

Either way, these movies are critic-proof and, since it doesn’t matter, I’m giving it a 7 out of 10.