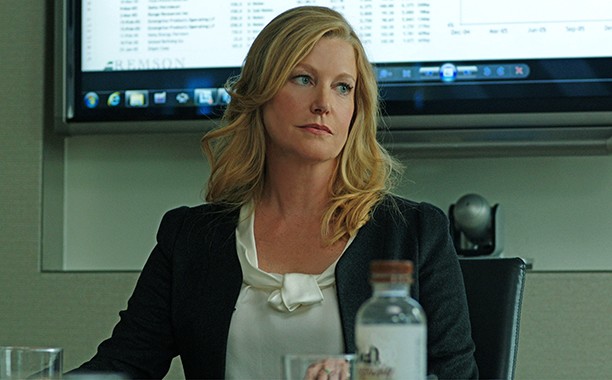 Anna Gunn got a raw deal in the last year or two of “Breaking Bad.” Her character, Skyler White, was the wife of the show’s anti-hero, Walter, who lied to her, manipulated her, and became more and more evil as he descended into a life of crime and drugs. Skyler tried to stop him, outraged and disgusted at what her husband had morphed into. Naturally, viewers loved Walter and hated Skyler, but worse, she became the target of horrible attacks in online forums, and some of those comments came from people who couldn’t differentiate between the fictional Skyler and the real-life actress who played her. As Gunn wrote in a famous NY Times op-ed in 2013:

As an actress, I realize that viewers are entitled to have whatever feelings they want about the characters they watch. But as a human being, I’m concerned that so many people react to Skyler with such venom. Could it be that they can’t stand a woman who won’t suffer silently or “stand by her man”? That they despise her because she won’t back down or give up? Or because she is, in fact, Walter’s equal?

It’s notable that viewers have expressed similar feelings about other complex TV wives — Carmela Soprano of “The Sopranos,” Betty Draper of “Mad Men.” Male characters don’t seem to inspire this kind of public venting and vitriol.

At some point on the message boards, the character of Skyler seemed to drop out of the conversation, and people transferred their negative feelings directly to me. The already harsh online comments became outright personal attacks. One such post read: “Could somebody tell me where I can find Anna Gunn so I can kill her?” Besides being frightened (and taking steps to ensure my safety), I was also astonished: how had disliking a character spiraled into homicidal rage at the actress playing her?

It took awhile for Gunn to come to turns with that outrage, and while Bryan Cranston sailed to greater heights with “Trumbo,” “All The Way,” and “The Infiltrator,” she struggled to win parts commensurate with her talent.

Gunn’s first starring role is in the movie “Equity,” released this weekend. In it, she plays Naomi Bishop, an investment banker at a Wall Street firm who specializes in guiding Silicon Valley startups through their initial public offering. She’s involved with Michael, a broker at the firm — and those two sides of the business are supposed to have a firewall between them to avoid insider trading. That’s part of the intrigue, which also involves an old friend who works at the DOJ investigating financial crimes (like insider trading).

Written, directed, and produced by women, “Equity” shows life inside Wall Street from the perspective of powerful people who happen to be female. There’s internal debate about the glass ceiling and other issues women face in a male-dominated work atmosphere, including the question of whether Naomi’s assistant’s pregnancy will affect her potential for promotion.

But Naomi has thrived in that world because — as she tells a room full of women at a conference — she “likes money.” She likes it not just because it can pay for things such as her younger brothers’ education or beautiful diamond earrings for herself, but because numbers fascinate her, the financial world is a game she loves to play and, of course, money is power. It’s a very good speech, sort of an echo of Gordon Gekko’s famous soliloquy on greed in “Wall Street.”

Naomi is a good character, and Gunn is a good actress, but the story slogs down in the middle, and if you haven’t seen “The Big Short” or Showtime’s “Billions,” you may not be able to follow the financially-dense plot. I really wanted to like “Equity,” but in the end, I’m sorry to say, it disappointed me. There’s a reason this debuted at Sundance in January but wasn’t released until August, one of the driest periods on the movie calendar.