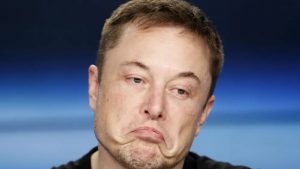 Putting aside the share price impact of him selling a large amount of Tesla stock to finance the deal, there are other obstacles to overcome. One of the biggest would be if Musk follows through on his “free speech absolutist” claims and allows Twitter users to say anything they want, with no content moderation by anyone at the company.

As Laughlin and Chon point out, that might not play in other parts of the world.

China is a major sticking point too. Tesla produces half of its vehicles there, as well as a quarter of its revenue. But Twitter is no friend to the People’s Republic, most recently for defying Beijing in its handling of content related to Hong Kong protests. China could easily hold Tesla to ransom if a Musk-owned Twitter didn’t play ball. That’s uncomfortable for a self-professed “free speech absolutist.”

In reality, Musk’s absolutism probably won’t survive a Twitter deal anyway. European Union Commissioner Thierry Breton told the Financial Times this week that the company must police illegal or harmful content or risk being banned. In the United States, where regulators are less aggressive, other technology firms could effectively create the same threat. Apple, for example, gets to decide which apps appear in its influential store.

One thing makes it easier for Musk to walk away before any of this becomes a problem: The market partly anticipates it already. Twitter’s stock is currently trading 11% below his offer price – a fairly wide spread for a deal with little antitrust pushback. Musk’s tweets criticizing some company actions – potentially flouting the merger agreement – already suggest he might be starting to lose interest. Most likely, Musk’s attention will wander elsewhere. It wouldn’t be the first time.