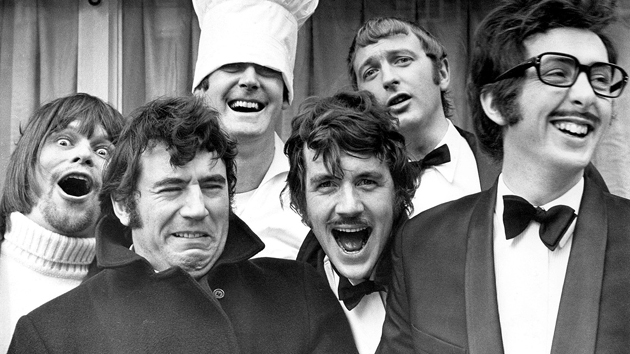 Monty Python fans are cheering the impending announcement that the five surviving members of the group are going to reunite for a stage show. I am not one of them.

Yes, I’m a Monty Python fan, but no, I don’t want to see them reunite. John Cleese, Terry Jones, Eric Idle, Terry Gilliam, and Michael Palin are now all in their seventies. They created hours and hours of great comedy, but the “Flying Circus” ended in 1973. They made their last movie together in 1984. We don’t need to get them re-hashing their classic skits on stage again when we can see any of those shows and movies (with the group in its prime) any time we like, on demand. I have no desire to see them as septuagenarians doing The Parrot Sketch.

If, on the other hand, the Python reunion is going to consist of entirely new material, that’s not necessarily something to cheer, either. We have no evidence to suggest that it will live up to their prior high standards. While each has had post-Python success, none of them has done anything particularly funny recently — other than “Spamalot,” which is simply a clever re-purposing of previous Python material with new songs. Don’t get me wrong, I loved “Spamalot,” but it wasn’t a new-from-scratch concept.

Here’s something else that makes me leery, from the mouth of Python member Terry Jones:

I’m quite excited about it. I hope it makes us a lot of money. I hope to be able to pay off my mortgage!

He may be joking, but I fear that the reunion is about nothing more than a Python payday. Which makes me sadder than a cheese shop that has no cheese.