If you’re in Vegas looking for something to do away from gambling and the strip, I have two suggestions for you. 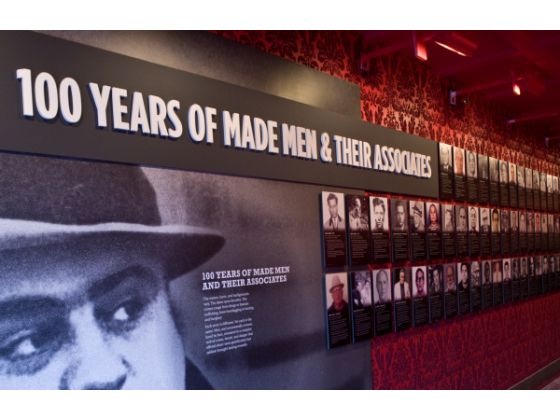 First is The Mob Museum, which opened this year in a downtown building that used to house the federal courthouse and post office. It was also home to the Kefauver hearings of 1950 and 1951, in which the US Senate investigated the growth of organized crime across the country.

The museum has exhibits about the history of the mob, its growth during prohibition, its legendary characters (Al Capone, Bugsy Siegel, John Gotti, Whitey Bulger), and the actual wall from the St. Valentine’s Day massacre in Chicago. It also tells the story of the cops and prosecutors who fought the mob, from Elliot Ness to the real-life Donnie Brasco (and Jack Falcone, who should be the subject of a major movie, too). Among the exhibits are several short films, including one on Hollywood’s longtime fascination with mob stories, and an extended look at the role the mob played in the birth of Las Vegas. There’s also an electric chair, where kids line up to give Dad the shock of his life.

The Mob Museum spans three floors, but we got through it in a couple of hours on a weekday, not counting a few minutes in the by-now-mandatory gift shop visitors are forced to exit through. And since this is Vegas, you won’t be surprised to hear that it has already been the site of several marriage ceremonies (no, they don’t give you complimentary handcuffs for the wedding night). 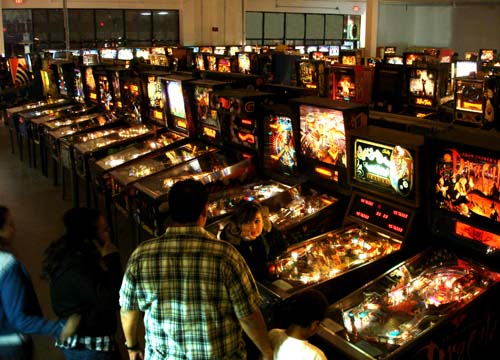 The other recommendation is the Pinball Hall Of Fame, a few miles east of the strip on Tropicana, which has over 200 games — which all work! — evoking all sorts of nostalgia for those of us who grew up in the pre-videogame era.

The place is run by Tim Arnold, who owns the machines, maintains them, and wants you to play them. The Hall Of Fame has bill-changers so you can get all the quarters you need and work your way through the huge collection, which includes:

I didn’t know that there were once pinball machines without flippers on the side, but Arnold has a couple on display from the early 1930s. I even found The Wiggler, a machine I inserted many coins into in the basement of my college dorm (I became so proficient, I was known to sit backwards on the glass and still rack up free games).
Arnold isn’t getting rich running the place, which doesn’t charge admission, is staffed by volunteers and gives proceeds to charity. But if you have a few bucks left after you’re out of quarters, he accepts donations to keep the place running. Take a look at photos of the Pinball Hall Of Fame’s current inventory here.