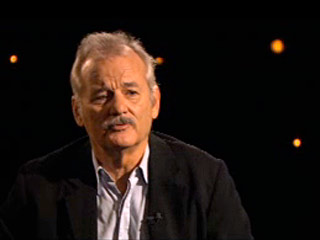 My favorite stories are told first-person by people who explain the process behind what they do. That’s why I’m enjoying Elvis Mitchell’s new TCM show, “Under The Influence.”

Unlike other interview shows, this one isn’t focused on the latest project the interviewee is promoting, nor does it go through their entire career a la James Lipton. These conversations are about the movies and actors that the guest enjoyed and learned from, and their observations about how the people in those movies did what they did so well.

Mitchell got the series off to a good start last week with one of Sydney Pollack’s last interviews, and continued it on Monday night with Bill Murray. There’s real insight into Murray as both a movie fan and a comedic actor.

They talked about William Holden in “Stalag 17,” the way Cary Grant helped his co-stars’ performances even while off camera, the way Murray’s physicality on screen mirrored that of Groucho Marx, and why Murray wishes he’d said yes when Clint Eastwood offered him a role 20 years ago. He explains how much he admired Margaret Sullavan’s work opposite Henry Fonda in “The Moon’s Our Home,” and how funny women have always turned him on (from Elaine May to Gilda Radner, but not Lucille Ball).

He also tells a great story about how he got his supporting role in “Tootsie,” and what it was like on the set with Pollack and Dustin Hoffman constantly at odds.

The Bill Murray episode will rerun Saturday at 11am CT on TCM, and then there are new episodes for the next few Mondays at 7pm CT.