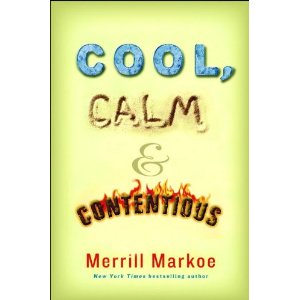 Merrill Markoe helped change television as head writer of David Letterman’s daytime and late night NBC shows. Since they broke up, she has continued to write, with several books to her credit. Her newest is a collection of essays entitled “Cool, Calm, and Contentious.” In it, she explains how having a narcissistic mother is one of the keys to a career in comedy — and hers certainly qualified.

As she explained to me this morning on KTRS/St. Louis, Markoe’s mother believed in brutal honesty, which was not a good recipe for her daughter’s self-esteem. That approach wasn’t reserved solely for Markoe, though, as she discovered after finding her mother’s travel diaries and noticed that they contained negative comments about nearly every place she visited — in a way that would make you shake your head in disbelief.

We also discussed her suggestions for How To Spot An Asshole and why she likes tweeting as a platform for comedy (you can follow her on Twitter here — and I’m here). Listen, then click here to subscribe to these podcasts via iTunes!