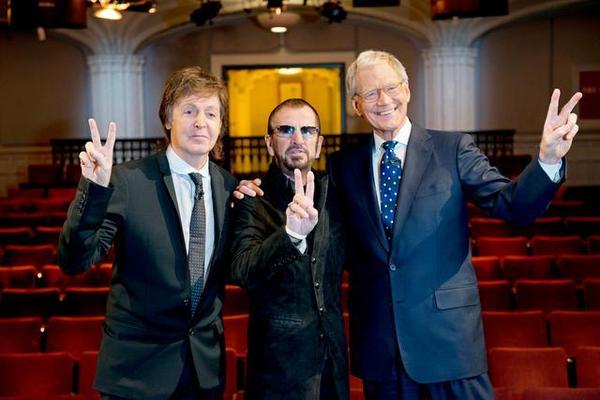 Last night on the CBS Beatles tribute, “The Night That Changed America,” Paul McCartney told David Letterman a story about performing “Yesterday” on “The Ed Sullivan Show.” He said that it was his first time without the rest of the band, so he was nervous as he stood alone and waited for the curtains to open. When a crew member asked if he was nervous, Paul lied and answered, “No.” According to Paul, the teamster then said, “Well, you should be, because there are 73 million people watching.” At that moment, Sullivan finished his introduction, the curtains opened, and he was on the air live.

Now, that’s a good story, but I doubt it’s true. First, there’s no way a crew member would have known about the ratings in 1964. The 73 million viewers estimate became part of the lore of The Beatles’ debut, but ratings info wasn’t as easy to come by fifty years ago as it is today.

Secondly, Paul didn’t perform “Yesterday” on their first appearance. He did it 18 months later, in a show taped in August, 1965, that didn’t air until that September. It was The Beatles’ fourth time on Sullivan. By then, Paul would have been a lot more comfortable with the studio, the crowd in the seats, the audience at home, and the teamster at the curtain.

I don’t doubt that Paul believes it happened the way he told Letterman it did, but it seems like another case of faulty memory to me.