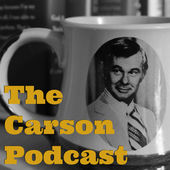 It has been 25 years since Johnny Carson stepped down as host of “The Tonight Show,” but his legacy lives on in reruns on Antenna TV and in “The Carson Podcast,” hosted by my guest Mark Malkoff. In looking back at the King Of Late Night, we discussed: