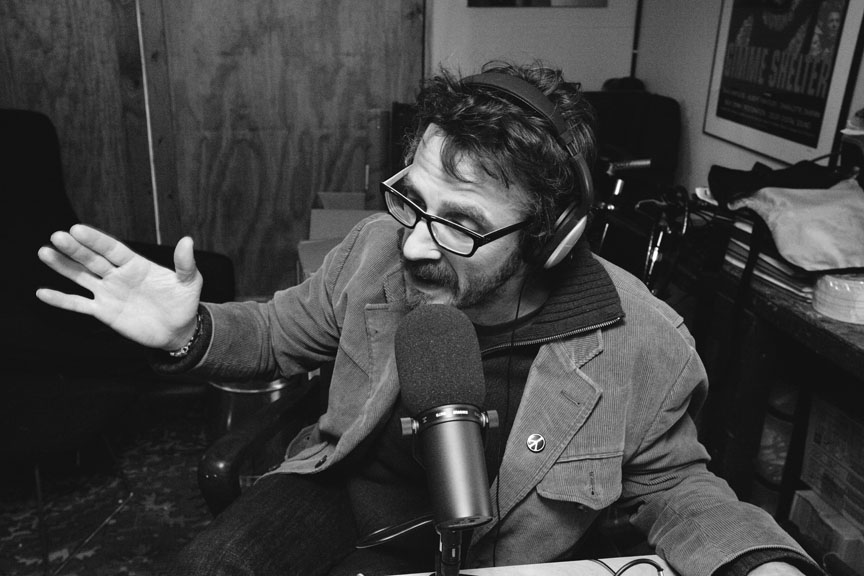 Marc Maron created a new career for himself with his “WTF” podcast, in which he does in-depth and very personal interviews with comedians, musicians, and others. The conversations are part therapy, part comedy, but include very little plug-your-latest-project, and because they have no time limitations, they often delve deep into the guest’s career and personal history.

The success of “WTF” has led to Maron’s IFC television show, an upcoming standup special for Epix, and a pilot for a new series for Vice. It also enabled him to get better-known celebs to drive to his house in the outskirts of Los Angeles to sit down in his garage/recording studio and talk for an hour or more. Every once in awhile, he books a “wow” guest (like the late Robin Williams, or Mick Jagger), but the one he has coming in tomorrow has to be the biggest “wow” of all time — President Barack Obama.

Since Maron was once an Air America host, it’s unlikely to be a confrontational interview full of gotcha questions, but I bet there won’t be a lot of softballs, either. I’m interested to hear if Maron can peel back a little bit of the professional politician and get Obama to really open up. That episode will be recorded tomorrow (6/19) and probably be available on Maron’s site Monday (6/22) or for download via your favorite podcast app.