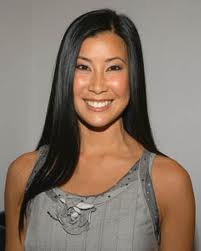 Lisa Ling has just begun the fourth season of her series, “Our America with Lisa Ling,” which airs Thursday nights on OWN. On my America Weekend show, she explained why this will be the last season on Oprah’s network before Lisa moves to CNN and why she thinks the news media doesn’t do a very good job of covering stories that matter, preferring instead to fill hour after hour with talking heads. We also discussed gun violence (the subject of one of her shows this season), her time covering international stories at Channel One (at the same time Anderson Cooper was there), and how she was influenced by Barbara Walters (who hired Lisa for “The View” at age 26).