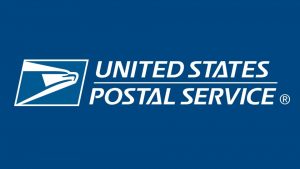 The United States Postal Service says the slowing of the economy has had a big impact on its bottom line, and if it doesn’t get a very large infusion of cash soon, it may be forced out of business.

Trump and his minions wouldn’t mind that, especially at a time when there’s a push to allow more voting by mail, and he has blocked potential emergency funding for the post office. Forget the fact that the service is enshrined in the US Constitution as a public service (which, by the way, is not subsidized by taxpayers, but by its customers). This administration probably wants to privatize it and give the contract to Jared Kushner. If you think that’s a good idea, or that UPS or FedEx could do the job better, you should know that those companies are actually customers of the USPS, which does the last-mile delivery of many of their packages to both business and residential addresses — particularly in rural areas where, ironically, many Trump voters live.

I think losing the USPS would be a tragedy, but I also think it could try some service reductions first.

In 2013, the Postmaster General said eliminating Saturday delivery would save $2 billion a year, but Congress refused to consider that notion, despite polls at the time showing 70% of us wouldn’t miss Saturday delivery one bit. If enacted, I’d bet that within a month or two, you wouldn’t even remember to check your mailbox on the weekend.

But the no-Saturday-mail idea wasn’t radical enough. We don’t need daily residential mail service anymore, so why not cut it back to every other day?

With e-mail and texting and cell phones, who writes letters anymore? So much of our life has moved online that the only mail I get these days is pure junk, and there’s no urgency in getting that to my mailbox, just so I can carry it inside and throw it in the recycle bin. Prescription refills could easily wait a day, as could the vast majority of Amazon packages. Even the few bills that still come with a stamp on them give me enough of a grace period that the delayed delivery would have no impact.

Wouldn’t this mean lots of letter carriers and other postal employees being laid off? Yes, but the way the USPS is going, they’re going to lose their jobs anyway.

Want to save more money? Instead of raising the postage rate by a penny every couple of years, why not make postage stamps free, underwritten by corporate sponsors? There are plenty of major corporations who would like that space on the envelope to promote their products, and would happily partner with the postal service to expand the brand. Imagine being able to get company-logo stamps not just at the post office, but at any McDonald’s restaurant or 7-11 store or Starbucks outlet. Then, when the USPS costs went up, they’d pass along the expense to their clients, not their users.

Under my plan, you’d never again see this on an envelope: “Affix stamp here. The post office will not deliver without proper postage.”

As if anyone who doesn’t already understand the stamp concept would know what “affix” means.