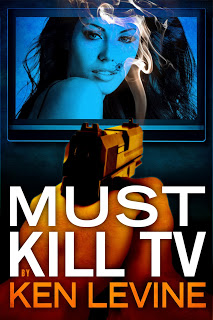 If you watched some of the biggest TV comedies of the last 40 years, you’ve seen Ken Levine’s name on the screen. With his partner David Isaacs, Ken wrote, directed, and produced shows like “M*A*S*H,” “Cheers,” “Frasier,” and many others. He’s also worked in the major league baseball broadcast booth, calling games for the Seattle Mariners and Baltimore Orioles. Now, he’s written his first novel, “Must Kill TV,” and discussed it with me on America Weekend.

I asked him how different writing a novel is from a sitcom script, whether he’s ever had stars make outrageous demands on him like his protagonist does of a network executive (kill my ex-girlfriend and I’ll keep doing my big hit show), and about the infamous night the cast of “Cheers” followed the broadcast of their final show by appearing live — and drunk — on “The Tonight Show with Jay Leno.”

Ken Levine’s blog is a must-read for anyone interested in the inner workings of television. You’ll also find links to all of his books there.