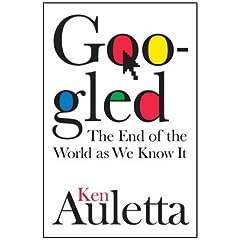 Ken Auletta has been writing about media for many years, and joined me today on KIRO/Seattle to talk about his latest book, “Googled: The End Of The World As We Know It.” Among the topics we covered: