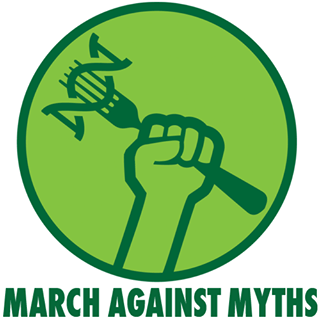 Several cities had Marches Against Monsanto last weekend, but in more than a dozen of them, they were met from people from March Against Myths, who were there to spread facts and debunk lies about GMOs. I support groups that fight back against anti-science and pseudo-science nonsense, so I invited March Against Myths co-founder and Forbes columnist Kavin Senapathy, who calls herself a quack-fighting mom and science advocate, to discuss how their counter-protests went and the reaction they received.

We also talked about whether food containing GMOs should be labelled as such, how anti-Monsanto protestors are like anti-vaxxers, and how the biggest problem is that most people don’t understand what GMOs are.