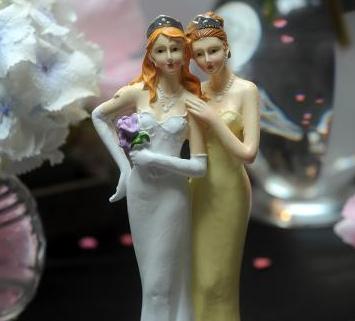 Carolyn Compton and Page Price have lived together for a couple of years, but a judge just told them they can’t cohabit anymore because of a clause in Carolyn’s divorce paperwork from Joshua, her ex-husband of 11 years. That clause says that a divorced parent can’t have a romantic partner spend the night while children were in the home. If that couple marries, then the clause becomes moot, but that’s not an option for lesbian couples in Texas, where gay marriage still is illegal. Page complied with the judge’s order and moved out, but she and Carolyn are appealing the case.

Today on America Weekend, I discussed the case with Angela Giampolo, an attorney and advocate for LGBT causes. I asked her if the divorce clause is constitutional, their chances of winning on appeal, whether a couple from a state where gay marriage is legal would be under the same restrictions, and whether this is a gay issue or an attempt to protect children in divorced families.