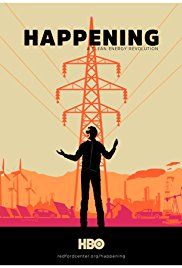 Here’s my conversation with Jill Tidman, executive director of The Redford Center and producer of “Happening: A Clean Energy Revolution,” in which Jamie Redford (yes, Robert’s son) travels the country meeting people who are part of the grassroots effort to fight climate change with renewable energy rather than fossil fuels.