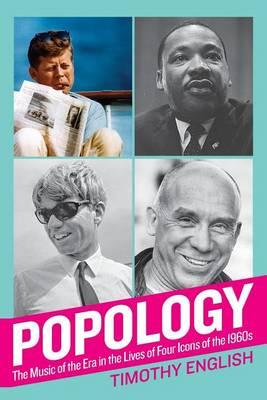 Here’s another tie-in to the upcoming 50th anniversary of JFK’s assassination — the music. Tim English joined me on America Weekend to discuss his book, “Popology: The Music of the Era in the Lives of Four Icons of the 1960s,” in which he writes about the musical connections of John Kennedy, Martin Luther King, and Bobby Kennedy. We talked about which songs influenced them, which artists contributed to their success, and why there aren’t artists today writing hits about topical topics (as there were in that era).