Jeff Rossen, “Rossen To The Rescue” 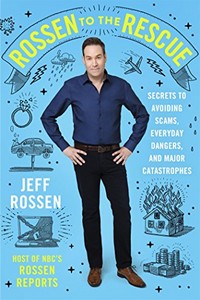 When he was a teenager, Jeff Rossen’s career was inspired by seeing a balding, overweight man talking into a microphone (funny, I didn’t even notice him watching me!). He was hooked on broadcasting, so he worked his way into the business and up the ladder until he became the National Investigative Correspondent for NBC’s “Today” show. Now he has a book full of life hacks and safety suggestions from his segments on that show, “Rossen To The Rescue.” In discussing it, I asked him: