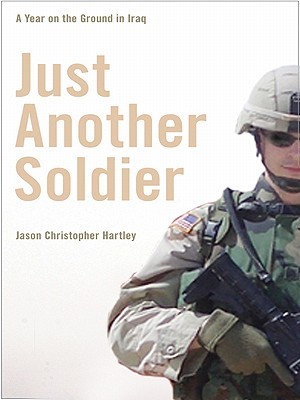 Here’s my conversation with Jason Hartley, who spent a year with his boots on the ground in Iraq as a US Army infantryman. He blogged about his experiences in real time until the Army shut him down and filed charges against him — but those stories are now in his book “Just Another Soldier.”

We talked about how the military cracked down on him, how he felt about training for war as a soldier but then acting as a police officer in the Sunni Triangle, whether the Iraqis will be able to protect themselves without US assistance anytime soon, and whether he felt that the media did a good job telling the war story. Then our discussion turned to sex in the military, whether women should serve in the infantry, and what he did for R&R.

He also explained why he felt his time as a National Guardsmen after 9/11, when we worked at a security checkpoint at JFK Airport holding an M-16 rifle for 8 hours/day, was a waste of time — and he revealed the surefire way to get anything through security without a lot of scrutiny.