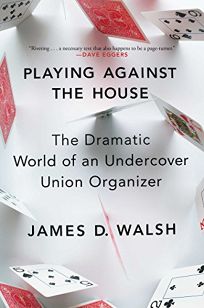 Here’s my conversation with James Walsh, who spent two years as an undercover union organizer at casinos in Miami, and writes about the experience in “Playing Against The House.” I asked him about: