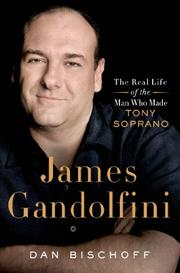 Today on America Weekend, I talked with Dan Bischoff about his book, “James Gandolfini: The Real Life Of The Man Who Made Tony Soprano.” Bischoff’s connection starts with his work for the Newark Star-Ledger, the real-life newspaper that the fictional mob boss picked up in his driveway each week for eight years on HBO. He has spent the 10 months since Gandolfini’s death talking with the actor’s colleagues, family, and friends.

In our conversation, Bischoff revealed Gandolfini’s lack of confidence in his acting skills, to the point where he tried to quit every role he landed, thinking another actor could do it better. We also discussed why Gandolfini referred to the “Sopranos” writers as “vampires,” how he wanted to do more light comedy (like his much nominated work in last year’s “Enough Said”), and why he considered himself a 270-pound Woody Allen.