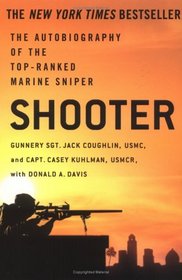 Jack Coughlin was the top-ranked sniper in the US Marine Corps until he retired last month with more confirmed kills than anyone else on active duty in the US military. He served in the Gulf War and the War in Iraq, where he was among the first troops into Baghdad, and was there the day the statue of Saddam Hussein was famously pulled down by Iraqi citizens and American troops. We talked about those experiences, his training, the science of being a sniper, and why hiding behind a bush is not a good idea when someone’s shooting at you, even from several hundred yards away.