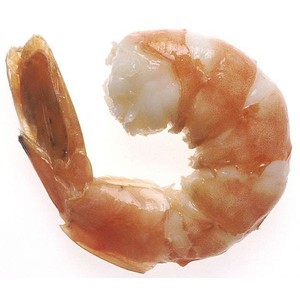 The other night, I ordered a pasta dish with shrimp, and when it arrived, the shrimp still had the shell on the tails. Why? I’ve seen them that way in a shrimp cocktail, too, and it never made sense to me. I can’t think of another food that, when served in a restaurant, has its inedible outer layer partially removed.

If you order a lobster, they bring you the whole thing and it’s up to you to crack the shell and dig inside for the meat. Same thing for shrimp at a buffet (that’s why they’re called “peel and eat”), and for crab legs. But when it’s in a prepared dish, mixed with other ingredients — and a sauce — you haven’t done your job properly if you leave part of the shell on.

You wouldn’t make me a banana split without removing the entire peel, would you?