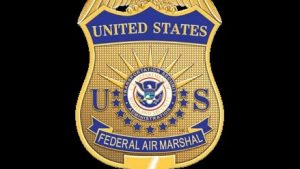 Last month, an idiot in first class on a Delta flight got angry when a flight attendant wouldn’t serve him any more alcohol. According to an FBI report filed later, the passenger called the flight attendant a couple of gay slurs before throwing a glass of ice at him and hitting him with an onboard telephone.

I’ve asked before and I’ll ask again: where are the air marshals we were promised after 9/11 would be on many, many flights to keep our skies safe? If they’re actually on board, why haven’t we heard about them leaping into action to intervene when morons like these act this way?

Good question! If 1) marshals are on ~5% of flights, and 2) disruptors are statistically rare (~500/yr out of 670 million passengers in 2021), then the chances of an air marshal being on the same flight as an unruly person (–> arrest) is very low. Frankly the whole endeavor would be much easier and cheaper if psychics would just accurately tell us which flights will experience disruptions and terrorism.

But then the whole security theater facade would fall apart!