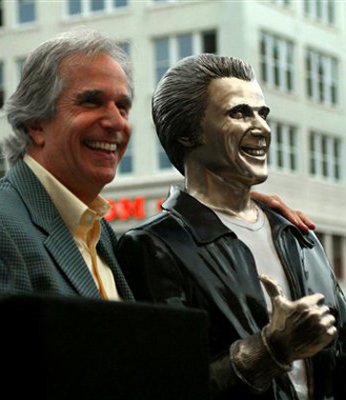 Henry Winkler will always be known for his long run as The Fonz on “Happy Days,” but his career also includes movies like “Night Shift,” “The One and Only,” “Click,” “The Waterboy.” He has produced such series as “Macgyver,” “Hollywood Squares,” and a couple of “Dallas” reunions. He’s written some 20 books for kids, including the very popular Hank Zipzer series. In recent years, he’s been a cast member of “Children’s Hospital” on Cartoon Network’s Adult Swim block, and had recurring roles on “Royal Pains” and “Hero Factory.”

This weekend, he’s appearing at the Wizard World Comic Con at America’s Center – first of its kind in St. Louis! — so he joined me on my KTRS show to discuss: