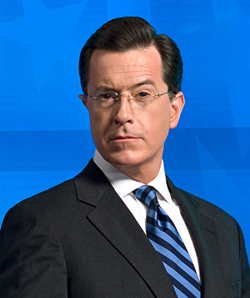 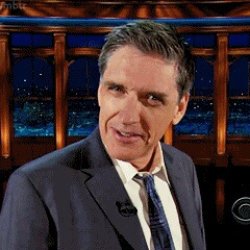 “The Colbert Report” will air its last original episode tonight — and the word “original” certainly applies.

Stephen Colbert’s character was a brilliantly-devised vessel for satirizing television, politics, and the world at large, and his performance as that character is unique in the recent history of American entertainment. Colbert’s ability to simultaneously inhabit and mock the persona of a right-wing blowhard amused me every night in the scripted portions of the show, but it was his interviews — both at his guest desk and in features like “Better Know A District” — that were stunning, because he was improvising in character and making it funny. That’s not easy to do occasionally, but to do it regularly (200 times a year for 9 years) should have been impossible, if it were not for Colbert’s prodigious talent.

Tonight’s finale will be must-see TV, and I can’t wait to see what Colbert does in his next incarnation nine months hence, when he returns to television hosting “The Late Show” on CBS as himself.

Meanwhile, very little is being written about the departure of another veteran late-night host, Craig Ferguson, whose “Late Late Show” brings down the curtain tomorrow night.

Early in his run, I praised Ferguson for breaking away from the late-night format stereotypes of a topical monologue and wacky bandleader/sidekick. Following Peter Lassally’s advice, Ferguson used his monologue to tell stories and talk about his own life, then sat down to have real conversations with interesting guests.

Unfortunately, a few years ago, Ferguson must have grown tired of that show structure, so he began using playing around in contrived silliness with his gay robot skeleton sidekick and two guys in a horse suit. They wasn’t as funny as he thought they were, but it became apparent he loved them.

Worse, the guest conversations started to have no point to them, as Ferguson made a great gesture every night to tear up a blue card that ostensibly had talking points for the guest, so instead of steering guests towards interesting topics they wanted to discuss, he just winged it in a rambling discussion about nothing in particular. Ferguson’s a funny guy, but he can’t improvise a complete conversation like that. It was as interesting as listening to a dinner-party conversation between two people who had never met before. They might occasionally say something interesting or intriguing, but there was a lot of boring stuff along the way.

As an interviewer myself, I can tell you that having some notes (not fully written questions, but ideas of things to talk about) are vital to making a conversation work on the air. That’s where Ferguson failed while Colbert soared. The latter’s improvisation was based on knowing things about his guests ahead of time — and working off of cards — while Ferguson’s casual, whatever-happens attitude didn’t serve him well.

I’ll tune in to his “Late Late Show” tomorrow night to see his farewell, but I don’t expect it to leave much of a mark on the late-night-TV timeline.