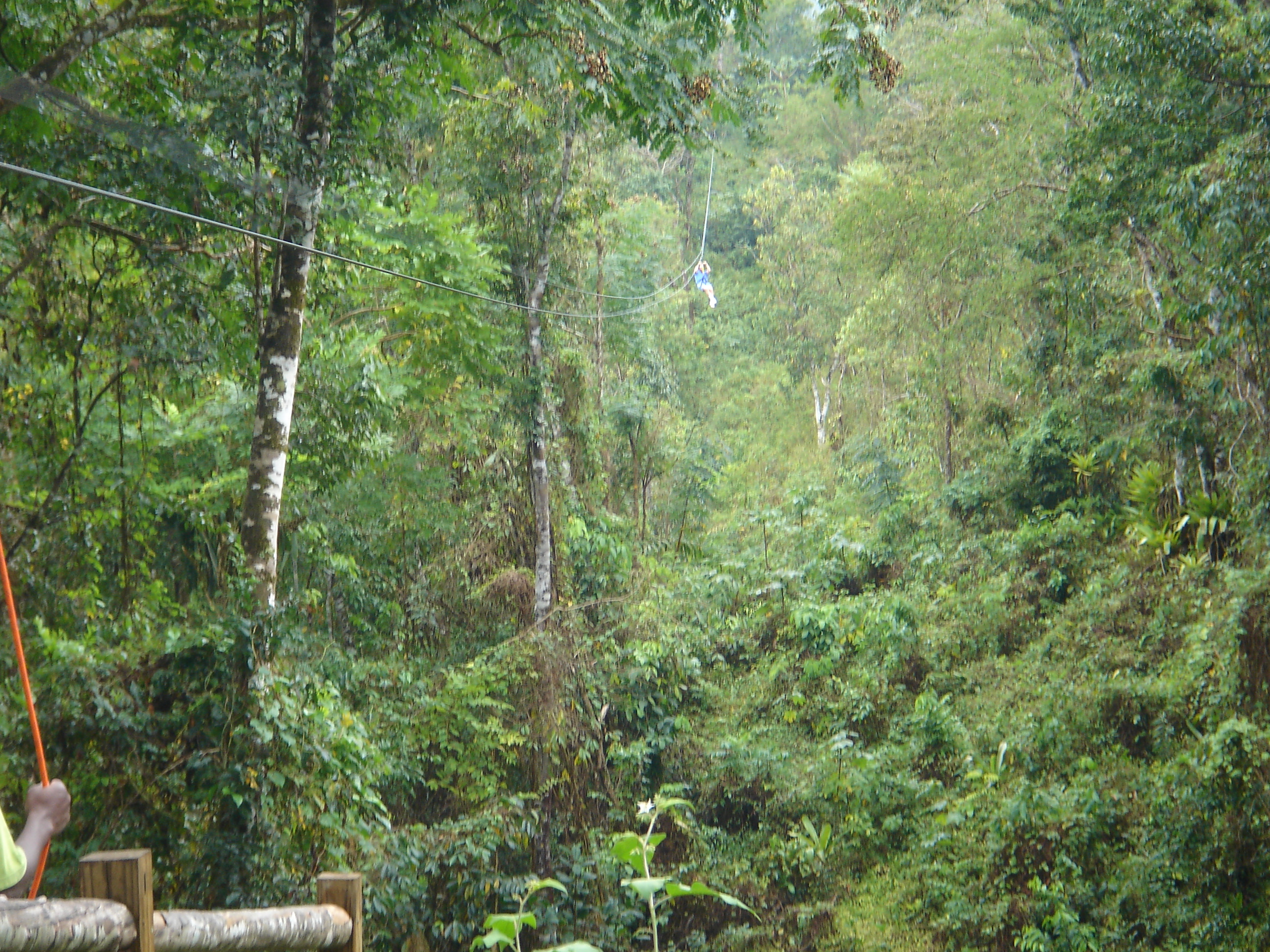 More notes from our recent vacation in Jamaica…

I always liked Bob Marley’s original version of “I Shot The Sheriff” until I heard it a hundred times in four days. I suppose the idea is to make American vacationers comfortable with reggae music by giving them songs they might recognize everywhere you go, like “Sheriff” and “One Love” and “Jammin’.” But over and over again, it was too much. And I almost threw up when I heard a reggae version of that soft-rock ’80s hit by Christopher Cross, “Sailing.” Please!

We went on two terrific excursions that made us feel like we were on “The Amazing Race.” Each of them required enduring hour-and-a-half-long bus rides each way from Negril on narrow one-lane roads through small towns, poverty-stricken rural communities, and past 183 goats (by my daughter’s count).

Our first excursion was to the Luminous Lagoon, at the junction of a fresh-water river and the salt-water sea, where a species of bio-phosphorescent micro-organisms lives. What makes them worth seeing is that when you disturb the water, they light up and give off a glow. You can’t see it during the day, but if you go just after twilight, you’ll notice it in the wake of the boat.

You’re allowed to swim in this lagoon, which my daughter and I did. The boat captain had warned us that the bottom was made of the silt carried down-river after rainstorms, and was thus very soft. He wasn’t kidding. As soon as I put my feet down, they sank a couple of feet into the goo — it was like stepping into two-foot-deep chocolate pudding.

But we were there for the glow, and since we were the only two off the boat, it was on us to give everyone a show. I started by doing a cannonball off the stern, and I could tell by the oohs and aahs from the other passengers that I had shocked the hell out of the micro-ecosystem. When my daughter jumped in, the lagoon around her immediately gave off this eerie blue aura, which followed us as we treaded water, did the back stroke, and generally just moved around.

My wife was back on the boat, trying to preserve the moment on camera. Unfortunately, the glow wasn’t bright enough for the lens to capture in total darkness, and using the flash negated it altogether. I anticipated this might be a problem, as I had checked YouTube before the trip and hadn’t found any really good video of the effect.

That made the moment all the more special. If you go, put the Luminous Lagoon on your itinerary. And ask the captain, as a bonus, to show you the trees where the white egrets sleep.

Our other excursion was to Jamaica Ziplines, which meant driving on the worst mountain road I’ve ever been on. It barely qualified as paved, with more potholes than road. Fortunately, the experience at the other end was worth it.

A guy named Brad has built a series of cables high up in the jungle, and developed the equipment to allow you to zip along those cables from one point to another while suspended a couple hundred feet off the ground at speeds up to 40mph.

The first line is 250′ long, then you’re up to 750′, 800′, and 900′, before finishing on Big Timba, an exhilarating 1600′ ride. His staff is there along the way to ensure your safety and, halfway through, to serve you pieces of fresh sugar cane and pineapple.

And when you’re on the cable between points 2 and 3, look down to see if you can spot the St. Louis Rams hat that flew off my head just as the photo above was taken. My gift to the Jamaican jungle.