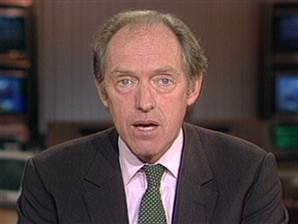 Garrick Utley, who reported and anchored news over the course of 35 years for NBC, ABC, and CNN died yesterday of prostate cancer. He was a real pro, one of those solid story-telling reporters with a face and voice that were instantly recognizable.

I dug into my archives and found this interview I did with Utley in 2001 when he published a memoir, “You Should Have Been Here Yesterday.” We had an extended discussion that ranged from his years covering the Vietnam War to the fall of the Berlin Wall to a little town in Belize that had never seen television until 1985, when someone put up a satellite dish.