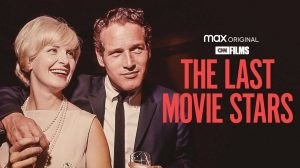 I enjoyed Ethan Hawke’s six-part HBO Max documentary about Joanne Woodward and Paul Newman, “The Last Movie Stars.” The device of using contemporary stars to read transcripts of interviews the duo gave a biographer was ingenious, particularly the casting of Laura Linney and George Clooney as the leads. However, Hawke should have hired an impartial editor to tighten up the finished product by excising the parts where he and his collaborators (including Zoe Kazan, Sam Rockwell, Billy Crudup, Karen Allen) chatted via Zoom about the couple. Without those segments, which added nothing, the whole project could have been pared to a more manageable and better-paced four episodes.

If a friend can send me $50 via Venmo and it shows up in my account immediately, why does it take three days to transfer the balance to my bank? Since there are no humans involved, why doesn’t it happen as quickly as one computer connects to another? What a shock that the company will move money around as quickly as possible within the system — right up to the point I want to withdraw it. It reminds me of when I complained about clicking “unsubscribe” on an email and being told the change would occur within 10 business days. It should happen within 10 milliseconds.

Last week in Florida, a woman appealed to a court to keep her young son hooked up to machines in a hospital after the medical staff told her there was zero chance he’d recover from a coma. Her argument boiled down to, “I want to leave it in the hands of God, not doctors.” Okay, then let’s disconnect him from the life-sustaining technology, have no humans intervene, and wait for some sort of divine intervention. I’m pretty sure we’d get the same result. By the way, while acknowledging the mother’s distress, the judge rebuffed her request, the plug was pulled, and the boy did die.