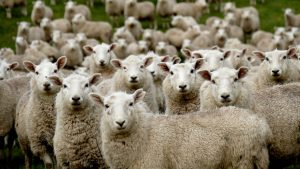 I have become so fed up with COVID vaccine resisters that I no longer care whether we reach herd immunity. Whether or not 70% of our population is inoculated will have no impact on my life.

On the other hand, I’m glad to see the US participating in a global effort to get the vaccine to more people in other nations. I admit that’s out of selfishness, because my wife and I would like to return to international travel in the near future, so we’ll need those other countries to not only get their citizenry immune to coronavirus, but also allow American tourists to visit again.

When that occurs, I’ll have no problem showing proof that I’m vaccinated and requiring everyone else on the plane to do the same. I doubt such policies will impact the resisters, because they’re the kind of people who haven’t and won’t travel to any place that’s full of foreigners. But even domestically, such a requirement — not just for air travel, but for attending concerts and theater performances and sporting events and other large group gatherings — is not a violation of privacy, but a confirmation that you’re among the bright ones in our society. For evidence of the veracity of that statement, just look at the growing number of Republican governors and other politicians who have spoken out against such requirements.

If they’re against it, that’s a good indicator you should be for it. And you can be sure their hypocritical arms have been jabbed, too.