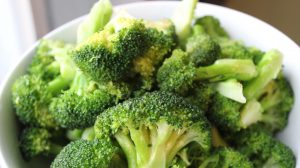 On a highway the other day, I passed a vegetable delivery truck with this slogan on the side: “We will, we will, broc you!” Five points for cleverness. Now do cauliflower.

After this week’s SCOTUS ruling, I’d like to see the reaction to a high school football team led by a Muslim coach who kneels at midfield after the game (facing Mecca) to lead his players in a prayer to Allah.

During a podcast interview with an author, I heard a host say, “You can get the new book on Amazon, or wherever books are sold.” Oh, so it’s not in the cold relief section at CVS? Good to know. You never hear an M&Ms commercial saying the product is available wherever candy is sold.

I had a weird moment yesterday when I asked Siri to set a reminder on my iPhone, but my iPad was also open, and both of them responded in unison. Then neither of them did what I asked.

Every restaurant I go to has a “we’re hiring” sign and/or one that apologizes to patrons for being short-staffed. Where are all the teenagers who used to take entry-level jobs at restaurants in the summer? They can’t all be supporting themselves as TikTok and YouTube stars, can they?