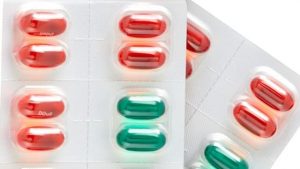 I’m at the age when trying to get two DayQuil gelcaps out of the package only makes my headache worse. That’s why I usually start with the “Severe” product.

I’ve decided to skip monkeypox and move right on to the komodo dragon pox variant. Too bad the only cure is baby formula.

I have never understood the appeal of Pete Davidson. Every character he’s played — on “SNL” or elsewhere — has essentially just been Pete Davidson.

What’s the difference between assassination and murder? It seems the former is only attached to the sudden deaths of powerful people in politics, while the latter is invoked for the rest of us. They can’t be synonyms because I’ve never heard of anyone ever being convicted of second-degree assassination.

I’m proud to say I haven’t seen even three seconds of the Johnny Depp/Amber Heard legal matter, and would be hard-pressed to name something I’m less interested in. And that includes “The Masked Singer” and any televised college lacrosse game.