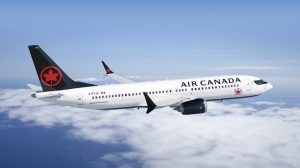 As of this week, passengers must show proof of vaccination or a recent negative COVID test before boarding airplanes and long distance trains in Canada. It’s time for the US to adopt the same policy. Make life more difficult for the unvaxxed, who are the ones prolonging the pandemic and filling up hospital beds.

Sunday afternoon, I watched an NFL game with Kevin Burkhardt and Greg Olsen in the booth. They’re both very good at their jobs, but I wish someone at Fox Sports would teach Olsen that “versus” has two syllables, so he (and too many others) should stop saying “verse.”

In 1965, 42% of American adults smoked cigarettes. By 2018, that number had been cut in a third, to 14%, according to the CDC. That’s still thirty-five million people, many of whom must have started smoking after the surgeon general’s warning was first printed on packs in 1965, and after the ban on cigarette commercials on radio and television went into effect since 1971. And you wonder why we can’t get everyone to wear a mask during the pandemic?

Yesterday, I did some grocery shopping, put the bags in my trunk, and walked the cart over to the parking lot corral to return it. As I got there, a woman parked nearby was doing the same, except instead of putting her cart in the corral — which was not full — she put it right next to it. It was a difference of maybe six feet, but that was close enough for her. I bet she then went home and berated her children for not putting their clothes away, because where would they learn such behavior?

How come, when ordering a chicken dish in a restaurant, no one ever asks for it well done? When it comes to steak, there are multiple gradations (e.g. rare, medium, medium well), but for chicken it’s essentially “cooked” or “uncooked.” Not that a lot of people go out to eat raw chicken, of course. Is “chicken tartare” even a thing, or is that just a request for a plateful of salmonella?