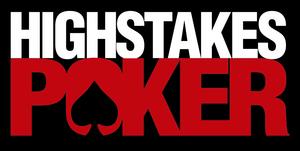 Of all the TV poker shows, “High Stakes Poker” is the best, because we get to see top pros playing real cash game poker strategies with their own money on the line, and talking it up around the table, too. With season five debuting this Sunday at 8pm CT on GSN, Dennis Phillips and I invited Mori Eskandani, the executive producer of “High Stakes Poker” (and “Poker After Dark” and the “Heads-Up Championship”) to be a guest on my radio show, The Final Table.

Mori’s the guy who recruits the players, and he has added some young internet pros and older high stakes cash players to the returning group, which includes Doyle Brunson, Daniel Negreanu, Antonio Esfandiari, Barry Greenstein, Phil Laak, and others.

We asked Mori to explain how long they play and how much of the session we see, how Gabe Kaplan and AJ Benza do their commentary, whether having ultra-rich players like Guy Laliberte changes the game, and whether he’s thought of doing a show where they play Pot Limit Omaha instead of No Limit Hold’em. He also told us why he’s limited the buy-in to a max of $500,000 this season while raising the minimum to $200,000.

Also on our show, Dennis talked about his adventures at the LAPC at the Commerce Casino, where he didn’t play any particularly exciting hands, but a friend of his was involved in a triple-suckout. And you won’t want to miss the story of the poker pro and the three hookers!