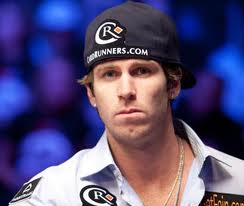 This week on my Final Table poker radio show, Dennis Phillips and I talked with John Racener, the runner-up in this year’s World Series Of Poker Main Event.

This was a terrific in-depth discussion, with some serious strategy. John explained how, when it got down to 3-handed play, he was thrilled to see the two big stacks (Jonathan Duhamel and Joseph Cheong) going after each other, a battle that allowed him to sneak into second place and win an extra $1.5 million in prize money. He also analyzed a couple of big hands from that final table, including his ace-king versus Michael Mizrachi’s ace-eight, and the hand in which Mizrachi shoved a huge stack with a pair of threes against Duhamel, who called for his tournament life with ace-nine and won the hand.

Among the other topics Dennis and I touched on: