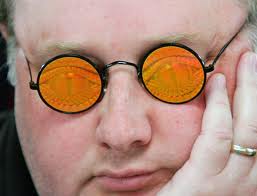 Today on my Final Table radio show, we previewed the NBC National Heads-Up Poker Championship, which takes place this weekend at Caesar’s Palace in Las Vegas. Dennis, who came in 3rd last year, will be in the field of 64 players along with some other poker veterans and a few new faces.

We also talked about the new season of “High Stakes Poker,” which debuted this weekend, and analyzed a hand played by Team PokerStars Pro Vanessa Selbst, who limped in with a pair of queens and then played them very oddly against millionaire amateur Phil Ruffin, who flopped a set of threes.

Our guest was 2004 WSOP Main Event champion Greg Raymer, who spent the weekend at the World Series Of Poker Circuit Event in Florida playing in tournaments and cash games. One of them was a wild night of Dealer’s Choice that included some poker games that you may not have heard of before (we hadn’t), including Reverse PLO, Double Board Hold’em, and a combination flop-and-draw game called Sweten (which he learned from a Swedish player).