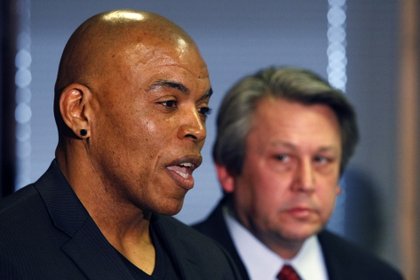 I have been talking for months about the NFL’s concussion crisis and its impact on former players. This summer’s $765 million settlement does not include every man who was lied to by the league about the effect of all those years of banging heads, and now five former Kansas City Chiefs (including Chris Martin, pictured above) are suing the team. Today on America Weekend, I talked with their attorney, Ken McClain, who explained the basis for the legal action, what the players want, the lack of response from the team and the league, and whether the NFL — without admitting liability for previous problems — is doing a better job of protecting current players.