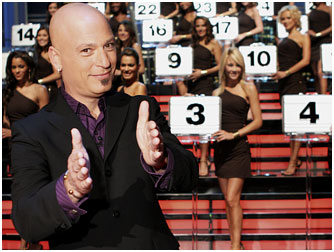 You may have seen a St. Louisan named Debbie Montgomery in the last 20 minutes of tonight’s “Deal Or No Deal,” where she’s rolling along, has turned down three offers from the banker, and will be back next week. She was on my show this afternoon to talk about it.

Because her episode hadn’t aired when we spoke, and she had signed a confidentiality agreement with NBC promising not to divulge how much money she won, I didn’t press her on that question (if she revealed the amount, she’d not only lose the check, but hear from the show’s lawyers). But that didn’t stop Debbie from talking about the experience of being on the show, explaining how she got through to one of the producers and convinced him to let her be a contestant, and what happened when she spit on Howie Mandel.