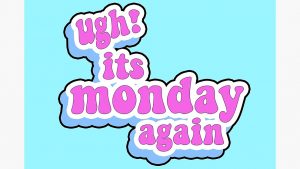 Early in my radio career, I worked for a music station that declared, “Every Monday In January Is Commercial-Free!”

How did it manage that? Through the law of supply and demand. Because most big advertisers had spent so much money in the November-December holiday season, they pulled back on their spending in January, often skipping the month completely. The exceptions were jewelry stores hyping sales for Valentine’s Day and car dealers, who seemingly had promotions going on no matter what the calendar said.

There were a bunch of other advertisers still on the air, but not enough to fill the slowest day of the week in the slowest month of the year. Thus, the idea was to declare Mondays commercial-free. But it occurred to me that rather than positioning the lack of demand as a positive, we were creating negative impressions for our listeners.

The first was the idea that commercials were a bad thing. The fact was they were the only way the radio station made money — and thus paid me. In portraying them as something to avoid, we were reinforcing in listeners’ minds that as soon as a commercial started, they should change the station. This was in the pre-internet era, when your audio choices — particularly in the car — were much more limited. There were no such things as Spotify, Pandora, podcasts, or music collections you could play from your phone. You either listened to the in-dash radio or your cassette or eight-track player.

Also, commercial breaks in that era were shorter. Two years ago, I wrote about the battle royale that broke out between the Program Director and General Manager of a station I worked for when the latter wanted to add a tenth minute of commercials to each hour. At the time, we ran three breaks an hour of three sixty-second commercials each, and he wanted to add a fourth minute to one of them. The GM’s reasoning was that advertiser demand was high, so he wanted to grab those dollars while he could. The PD argued that listeners wouldn’t stick around for four minutes. But he lost the argument because the GM was also the owner, and pretty soon, the extra spot appeared on our program logs.

Today, four-minute commercial breaks are common, and some run even longer. Worse, they’re often filled with spots that only run ten, fifteen, or thirty seconds, meaning a break might include ten different advertiser messages. The station would argue that since the total time is the same, it doesn’t hurt, but I’ve heard from listeners who perceive those breaks differently, almost as if they are a test of audience stamina.

When the station I worked for adopted Commercial-Free Mondays, we also quickly discovered that listeners did not distinguish between commercials for advertisers and promotional announcements for the station itself. They didn’t mind disc jockey banter between songs, but anything produced — with the standard deep-voice announcer speaking over an upbeat music bed with added whooshing sound effects — sounded like an ad. We didn’t consider them to be the same thing, but the audience did, and felt that we were violating our promise by running them.

Demonizing commercials sent the wrong message to advertisers, and running them in long blocks didn’t help, either. If you teach the listeners that ads are bad, even if they stick around for the first one or two, how likely are they to still be tuned to your frequency when the fourth or fifth minute of the break rolls around? How would you like to be a sponsor whose spot runs last, after all the others, thus diminishing the potential reach of your message?

Years later, I discussed all this with the wise Program Director of another station I worked for, and he agreed that Commercial-Free Mondays were a mistake. He didn’t even want to promote long music sweeps like “ten songs in a row” because of the negative impression it created — something he could easily have done on the nighttime shows that usually had lower advertiser demand than the morning, midday, and afternoon departs. His philosophy was to have great radio personalities playing great music and running great promotions (to draw even more attention to the station), while never underestimating those on the other end of our transmissions.

It worked — not just in achieving solid ratings, but in making advertising on the radio station so in demand that we never lacked supply.