Most Important Documentary Of The Year 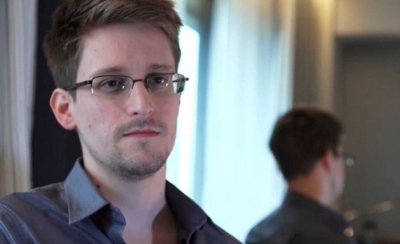 “Citizenfour” is a documentary about Edward Snowden, made by Laura Poitras, who traveled to Hong Kong to meet the whistleblower as he shared documents with her and journalist Glenn Greenwald exposing the NSA’s surveillance of Americans and others worldwide through our phone calls, e-mails, web searches, and more.

The first part of the documentary includes William Binney, another whistleblower who spent more than three decades at the NSA and has criticized both the Bush and Obama administrations for violating the Constitution by invading our privacy through data collection. Then the action switches to Snowden, who spent all his time in a Hong Kong hotel room, unable to re-enter the outside world he can see from his window, for fear he’ll be snatched up and never heard of again. In that room, he met with Poitras, Greenwald, and Guardian reporter Ewan MacAskill, and shared tens of thousands of intelligence documents with them, detailing how extensive the government’s spying is.

After Greenwald’s stories made headlines around the world, Snowden became more concerned about staying in Hong Kong and about what was happening to his girlfriend and family back home. Poitras documents that anxiety, and follows him to Russia, where he (reunited with his girlfriend) now resides. It’s clear that Snowden is not a paranoid crazy person, nor someone who wants to harm our nation. Rather, he was a government contractor who saw things being done that are dangerously wrong and felt an obligation to tell the world about it.

For that brave act, Snowden is regarded as an enemy of the state, charged with violating the Espionage Act. Officials, including Obama and Biden, have said he should come home and make his case in a US courtroom — but they know the government would never allow his full story to be told in a public hearing. They want to bury him (and his revelations), as they have other whistleblowers. According to ProPublica and CNN’s Jake Tapper, “The Obama administration has used the Espionage Act to go after whistleblowers who leaked to journalists … more than all previous administrations combined.”

“Citizenfour” is an important documentary about the constitutional breeches that have occurred since 9/11 as the US government’s intelligence complex grows larger and more invasive. I rate it 8 out of 10.