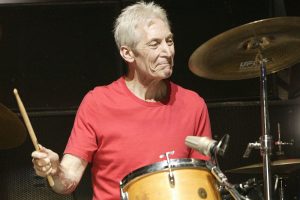 Charlie Watts, the Rolling Stones drummer, has died at 80 and, to my knowledge, leaves behind a life that included no gossip whatsoever.

There are plenty of anecdotes about Mick Jagger’s womanizing, Bill Wyman becoming his own grandfather-in-law, Keith Richards’ addictions, Ron Wood becoming a father at age 69, and the drowning of the Stones’ original guitarist, Brian Jones. Meanwhile, Watts was never involved in any scandals and stayed married to the same woman for 56 years.

I never had the chance to interview Watts, but if I had, I would have asked him about this story on his Wikipedia page: In the mid-1980s, an intoxicated Jagger phoned Watts’s hotel room in the middle of the night, asking, “Where’s my drummer?” Watts reportedly got up, shaved, dressed in a suit, put on a tie and freshly shined shoes, descended the stairs, and punched Jagger in the face, saying: “Don’t ever call me your drummer again. You’re my fucking singer!”