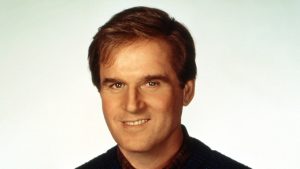 I regret never having the opportunity to interview Charles Grodin, who succumbed to bone marrow cancer yesterday at 86. I can’t think of an actor who played deadpan on screen better.

Just go back and watch his delivery and demeanor in Albert Brooks’ directorial debut, “Real Life.” Grodin played the head of a family subjected to a reality show producer’s Machiavellian plotting that got even worse when the footage of their normal life turned out to be far too boring.

Go watch Grodin keep his composure while Dyan Cannon loses hers in “Heaven Can Wait.” Look at the way he works in a supporting role opposite Kevin Kline  in “Dave.” Even in flops like “The Lonely Guy” and “Taking Care Of Business,” Grodin was the only reason to keep watching.

Then there were those hilariously awkward appearances with Johnny Carson, in which Grodin never acted like a normal guest happy for the opportunity to plug his latest project. Instead, he opted for antagonism, trying to get under Johnny’s skin while barely containing his contempt for the proceedings. Carson loved him so much he signed Grodin to an exclusive deal to keep him off other talk shows for many years. Once Johnny retired, Grodin simply moved his schtick into David Letterman’s guest chair, where nothing the host said could get him to break character.

Grodin dipped his toe into other waters, including his own talk show on CNBC and a stint as the Andy Rooney-like curmudgeon on “60 Minutes II.” He appeared opposite Ellen Burstyn in “Same Time, Next Year” on Broadway, where he also won acclaim for directing “Lovers and Other Strangers” and “Thieves.” He wrote books like “It Would Be So Nice If You Weren’t Here” and “Just When I Thought I’d Heard Everything,” in which he proved his mettle as a storyteller, recounting incidents from his career in show business.

But for me, nothing Grodin did compared to his brilliant partnership with Robert De Niro in Martin Brest’s 1988 classic, “Midnight Run.” The snappy dialogue by George Gallo was elevated to new heights by both leads, particularly in this scene. You don’t have to have seen the movie to understand the context, or even know what the “litmus configuration” was. Just watch Grodin’s delivery as he interacts with everyone else in the bar…