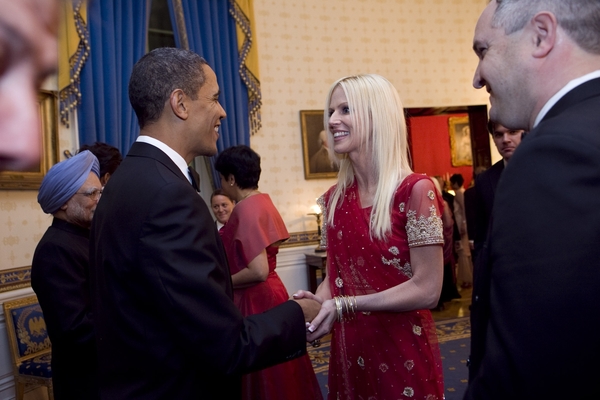 The White House gate crashers story is just another symptom of an All-American disease — the desire to be on television. The Salahis were desperate to get on a reality show, much like Richard Heene (Balloon Boy’s father) and his family. They craved attention and wanted to be famous, even if it meant being infamous.

They are far from alone in suffering from this illness. At any sporting event, whenever a television camera is aimed at the stands, the fans go crazy, trying to get noticed by someone they know who might be watching. Local news reporters are familiar with the phenomenon of bystanders jumping into the frame and waving their arms, thrilled to have their electronic images transmitted somewhere, anywhere. Families that have just suffered the loss of a loved one or other tragedy gladly open their door and allow TV cameras in to record their grief.

In this decade, the ability to be on camera has become markedly easier, thanks to the simplification of camcorder technology — just turn your cell phone around, push a button, and you’re on video! — and the ability to post footage online (YouTube, Facebook, and myriad other sites). My niece, who just visited for Thanksgiving, has been playing around with iMovie software and can, essentially, create her own TV show and make it available to the world instantly.

As for Michaele Salahi, more allegations are painting her as not just a media whore, but a liar, too. She claims to have been a Redskins cheerleader and a Victoria’s Secret model, but both of those organizations deny it. She supposedly spent 7 hours at a hair salon on the day of the White House State Dinner. I may not have much hair (my haircuts average about 7 minutes), but I don’t think it took 7 hours for Joe Biden to get a full set of hair plugs.

The Bravo crew that was following her for “Real Housewives of DC” must have known something was up. Upon hearing that the Salahis were invited to the State Dinner, any decent TV producer would want to get a shot of the official invitation, with the nice calligraphy and the names of the President and First Lady. Even the hairdresser at the salon asked to see it, but when Michaele pretended to look for it in her pocketbook, then claimed she must have left it in the car, it didn’t even raise a red flag for the production staff. It seems they vet their reality show cast members as well as the Secret Service checks out White House guests.

Now we hear that the Salahis are shopping their story, for a price. Don’t be surprised to see television outlets line up to offer something, because TV loves nothing more than people who want to be on TV.

Up first, America’s toughest interviewer, Mr. Larry King — the man who upset our previous reigning media whore, Carrie Prejean, by asking a simple question. Note to anyone desperate for attention: if you can’t knock Larry King’s softballs out of the park, you don’t deserve the camera time.

What’s interesting is that the vast majority of people who do get on TV reality shows — a recent estimate put that number at over 1,000 a year! — never really achieve a level of fame beyond those fleeting electrons. Can you name the person who came in 7th on “American Idol,” or 9th on “Survivor,” or the one who actually gained weight on “Biggest Loser”? Probably not, but perhaps that doesn’t matter, because they’ve met their goal.

They were on TV.