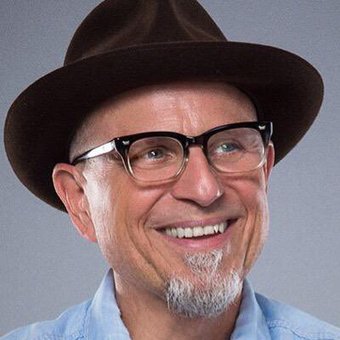 The first time I saw Bobcat Goldthwait onstage was 30 years ago, when he was taking a shower in front of 10,000 people at the Universal Amphitheater in LA during the first Comic Relief show. The last time I saw him was a couple of years ago at the Funny Bone comedy club in Valley Park, Missouri. In between, he’s appeared in a bunch of movies, directed several more, and directed some TV shows including Dave Chappelle’s show, “Jimmy Kimmel Live,” and Mark Maron’s show on IFC. He’s also done voice work for a ton of animated projects and video games. Now he’s back in St. Louis to work at the Funny Bone here at Westport this weekend, so I asked him to stop by and spend some time in our studio.

Goldthwait long ago left behind the screaming character he did onstage and in the “Police Academy” movies, but we touched on lots of other topics (in his own voice), including: