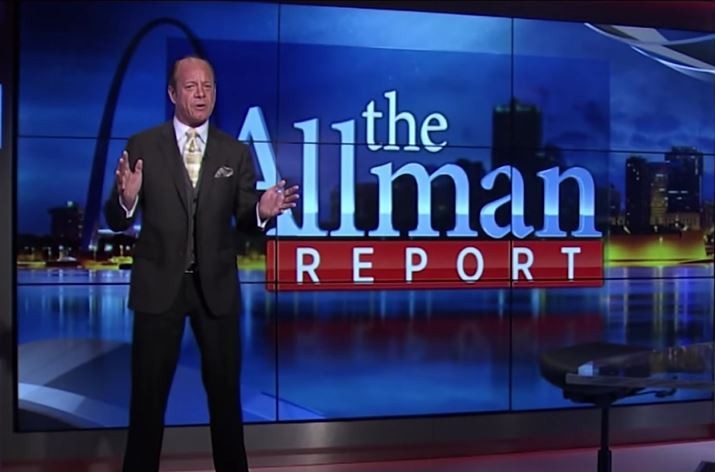 In the last week, a couple of conservative loudmouths have gotten some backlash after making comments about David Hogg, one of the survivors of the Parkland high school shooting who has become an outspoken advocate for gun law reform.

First it was Fox News Channel host Laura Ingraham who mocked Hogg for “whining” about not being admitted to some colleges he’d applied to. When Hogg tweeted about Ingraham’s remarks, several activists started a boycott campaign aimed at her advertisers, urging them to stop their sponsorship of the show. As of today, 24 of them have pulled their commercials, and there are now half as many ads running during Ingraham’s show.

Then, this week, Jamie Allman lost his job hosting a half-hour news/commentary show on Sinclair’s KDNL-TV/St. Louis after tweeting that he was getting ready to “ram a hot poker up David Hogg’s ass.” Once again, local activists contacted the host’s sponsors, pressuring them to pull their spots, and several of them did. The result: Allman’s TV show was canceled, leaving a hole in the station’s broadcast schedule. I guess that means they didn’t have a backup host ready to continue spewing bile. Since 2012, “The Allman Report” filled the time slots when local news used to air (5:30pm and 10:00pm), but now that it’s gone, the station has plugged in more “Family Feud” and “Modern Family” reruns because KDNL-TV has not had its own news department for many years. So, that saves St. Louisans from seeing the must-run right-wing commentaries that Sinclair is forcing down the throats of its stations in other markets.

Things got worse for Allman the next day, when he was dropped by KFTK, the right-wing FM talk radio station where his morning show had aired for many years. None of the parties is saying that Allman was fired — he says he “resigned” from the TV job, and a spokesperson for the radio station says merely, “We have parted ways” — but make no mistake about it. Allman was unceremoniously shown the door by both Sinclair and Entercom, the radio conglomerate that just acquired KFTK from CBS Radio, and obviously didn’t want to deal with the controversy (and loss of revenue). Allman has yet to make a public statement about any of this, even on Twitter, which is where he got himself in trouble.

On Monday night, Ingraham (who was off on vacation the previous week) returned to the air claiming that the ad boycott of her show was “the left’s plot to silence conservatives” and was typical of “liberal bullying.” This from a woman who in 2006 wrote a book called “Shut Up and Sing,” an attack on Democrat-leaning entertainers who dared express their political opinions (it’s also the title of a very good documentary about the Dixie Chicks, who faced backlash from Republican-leaning radio stations after dissing President George W. Bush over sending US troops to attack Iraq). As for Ingraham feeling bullied, it serves her right, considering that so much of what comes out of her mouth is an attack on anyone she disagrees with politically — and at Fox News, that means anyone who hasn’t kissed Trump’s ass in the last hour. Bullies don’t like it when their victims fight back and bloody their noses. Ingraham also called the boycott “Stalinist,” which proves she doesn’t know history, since that dictator was much more likely to have you killed for what you said than tell Red Lobster to stop advertising on your TV show. Under his regime, popular opinion didn’t matter one iota.

Supporters of both Allman and Ingraham are claiming that they’re victims of censorship and violations of their right to free speech. Nothing could be further from the truth. No government or law enforcement agency (or dictator) has told them they can’t express their opinions (unlike Bush’s press secretary, Ari Fleischer, who famously told Americans to “watch what they say” about their president and his policies). The First Amendment rights of Allman, Ingraham, and similar loudmouths have not been impinged upon just because they lost their jobs as the consequence of what they have said. They have no constitutional right to a broadcast outlet and advertising support.

In fact, all of this is proof of the strength of our First Amendment, in that it reinforces the value of our freedom of speech. Broadcasters, politicians, and yes, high school activists all have the right to express their opinions. Those who disagree with them have the same right, and may use it to comment on the remarks of the original speakers. Then it can go back and forth, with supporters of each side joining in, perhaps even organizing a boycott and contacting sponsors. That’s what makes us free — the option to speak out against or for whatever you believe is right. However, you have no guarantee that the platform from which you shout your advocacy must allow you to continue using its microphones, cameras, or ink.

I have no respect for any broadcaster, politician, or pundit who is always punching down at the less powerful, rather than punching up at those with all the influence and authority. Although I don’t think it rises to any level of true offense, Ingraham’s uncalled-for comment about Hogg’s collegiate future just shows a lack of class, and she did at least apologize for it the next day. But frankly, provocative and/or outrageous statements are not a rarity on political talk shows — they are the norm. Both Ingraham and Allman have been making outrageous claims and insults for years.

What’s shocking is that so many of their advertisers didn’t know — or care about — the nonsense they were supporting financially before the protests and boycotts.